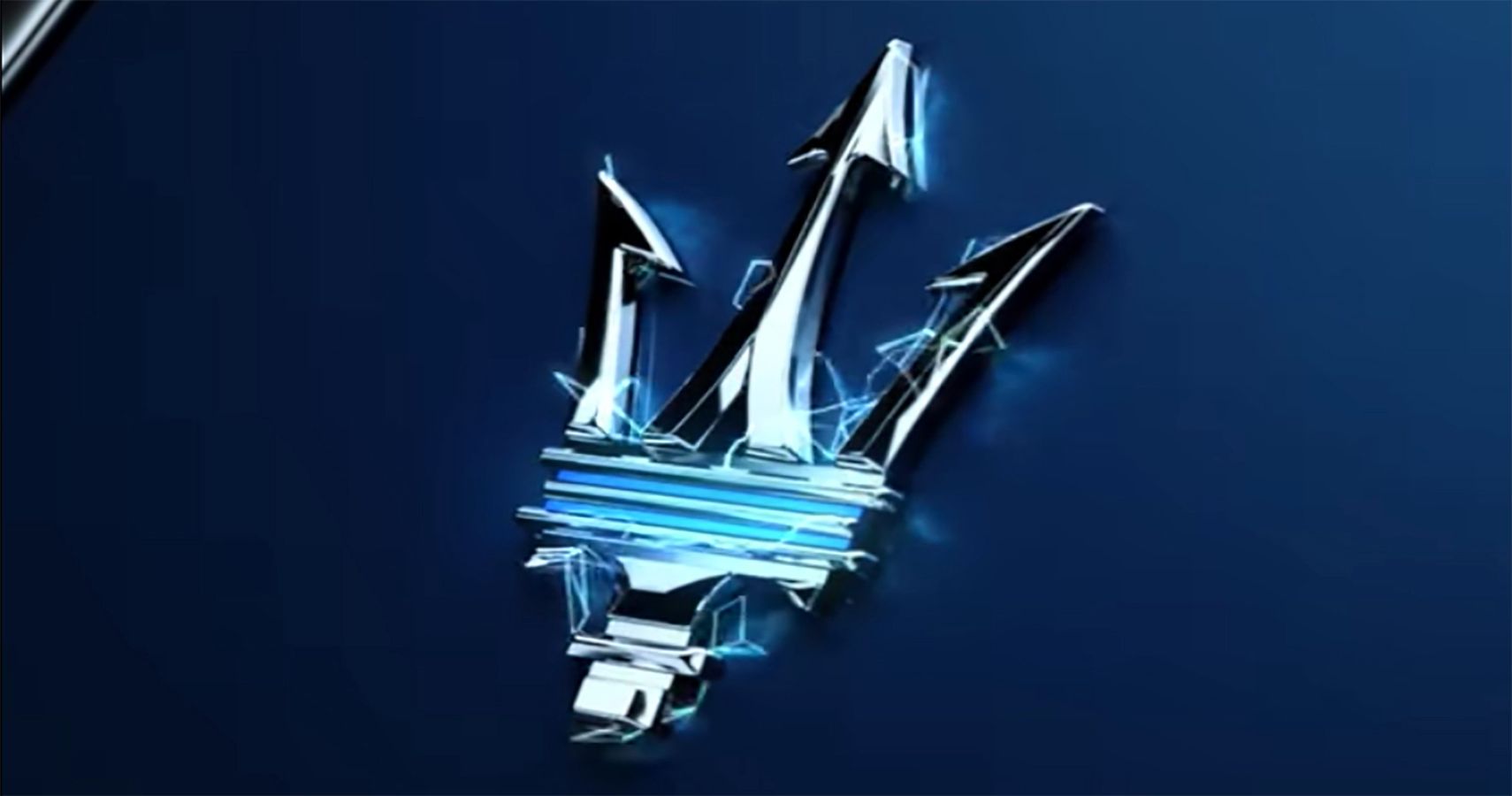 5 American and 5 European manufacturers with the coolest logos

Automaker badges are about as important as the quality of the car they’re displayed on. If a co-manufacturer’s logo looks a little boring, ugly, or clunky, it can compromise the integrity of the business and even influence sales numbers.

There have been many car manufacturers over the years that have had beautiful artwork logos such as Bentley, Aston Martin and Morgan, but there have also been awfully dreary ones like BYD, KIA and Tata . Some automakers even merged to create entirely new emblems – the most famous of which was the combination of Horch, DKW, Wanderer and Audiwerke to create the Auto Union. It was through these four companies that Audi was created, resulting in the famous Four Rings emblem to symbolize each contributor.

So, whether a car company’s logo has a rich history behind it or is simply designed to look good, every car enthusiast has their own opinion on car badges, modifications, and certainly have their favorites. Here are 10 of the coolest American and European automaker logos currently on sale.

Cadillac was founded in 1902 and is one of the oldest automobile brands in the United States. The famous Cadillac crest is one of the most important symbols in the automotive industry, but it has a surprising history. Cadillac was born from the merger of the Leland & Faulconer Manufacturing Company and the Henry Ford Company, after Henry Ford left to found the Ford Motor Company.

The Cadillac Crest has seen a few changes over the years, with the first and second iterations featuring a crown and ducks. The original crest used the family coat of arms of a certain Antoine de la Mothe Cadillac, the founder of the city of Detroit. The crest changed to the mantle and a crown in the late 20th century, a simplified version in 2014 without the crown and canards until finally an even more minimalist approach which debuted on the new Cadillac Escalade.

The Ford Motor Company has one of the coolest and most instantly recognizable automotive logos on the planet, with its flattened oval and Henry Ford’s signature in the middle. The logo as we know it today has its origins in 1909 when the first oval-shaped emblem was affixed to the company’s cars.

1912 saw a radical redesign, dropping the oval for a blue triangle with wings, with the words “The Universal Car” printed below. This was the company’s new slogan, but the oval shape returned in 1917 and stuck for good. The current Ford logo was chosen because the color blue symbolizes the strength, excellence and grace of the company, while the white in which the Ford script is written represents nobility, elegance and purity.

Related: What you need to know about the Ford F-150 Lightning

Chevrolet’s iconic “bow tie” emblem has been the marque’s signature since 1913, but the origin of the logo has never been identified. There are several theories regarding the origins of the famous bow tie, some of which include that the designer, William Durant, simply saw a continuous pattern in a French hotel, ripped a piece of wallpaper from the wall and brought it back to the US.

Another theory is that he scribbled the drawing over dinner, which he did quite frequently. One explanation from his wife was that he had seen an advertisement for ‘Coalettes’ in a 1912 newspaper – and had used the design, causing the 1913 Chevy logo to look almost exactly the same. Finally, the bow tie could simply be a restyled Swiss cross dedicated to the legacy of Louis Chevrolet. Regardless of the origin of the famous logo, the Chevrolet badge is one of the most recognizable automotive logos in the industry.

Related: Why the 2024 Chevrolet Silverado EV Is Now the Coolest Electric Truck

The Dodge RAM logo is another famous logo that immediately signifies authority, strength and fearlessness – according to Dodge themselves. The classic RAM logo was the choice for all Dodge models prior to the 1970s before it was directed more towards the pickup truck division.

By the 1990s, hood ornaments were out of fashion and the classic ram’s head needed to be redesigned into a cohesive, identifiable badge. When Fiat bought Chrysler in 2009, they moved the ram’s head logo completely to the truck side of the division, creating the RAM sub-brand. Today, the pickup trucks are simply called RAM, instead of Dodge RAM, to differentiate between the truck and muscle car divisions of the Dodge brand.

Tesla is famous for making great electric cars and being the most valuable car company on the planet, eclipsing the next nine companies combined. The Tesla logo is designed as the letter “T”, but according to Elon Musk, the logo actually symbolizes a section of an electric motor.

The logo depicts a section of the rotor and stator which, if enough emblems are put together, would make up the entire electric motor. It really is quite an innovative way of symbolizing both the company logo and the propulsion system their cars use.

Mercedes-Benz was founded in 1926 by Karl Benz and Gottlieb Daimler, both of whom had established their own motor cars and their own businesses. In 1927 over 7,000 Mercedes-Benz cars were produced and the merger of Benz & Co and DMG proved profitable. The success of the Mercedes-Benz W15 led to the creation of the legendary Daimler-Benz AG division.

The Mercedes-Benz “Three-Pointed Star” logo was created by Gottlieb Daimler’s sons, Paul and Adolf. The original was a gold star, the same symbol used by Daimler to mark family postcards. Today’s silver three-pointed star is an evolution of the original and has since become the definitive automotive logo to symbolize luxury and exclusivity.

The BMW logo has long been associated with a spinning propeller, a fact that has proven to be incorrect. The first BMW logo appeared in 1917 after the restructuring of the aircraft engine company Rapp Motor Works into Bavarian Motor Works. The BMW logo appeared on some advertisements in the 1920s and 1930s, appearing in the spinning propellers of aircraft, but that was just to show that the company produced aircraft engines.

The company logo remained round with a thick black edge but gained the “BMW” at the top and the blue and white quartered circle – which were the colors of the Bavarian flag. The BMW logo has changed very little over the life of the company, with some special edition logos ending up on special cars, notably the creations of the M-Division. More recently, BMW M celebrated its 50th anniversary and as such, all 2022 M model cars will be fitted with a special BMW racing roundel to commemorate this achievement.

Related: 10 BMW Models You May Have Forgotten

The Lamborghini logo features a gold snorting bull inside a black shield with a gold outline. This was chosen by the company’s founder, Ferruccio Lamborghini, who was extremely interested in Spanish bullfighting. Lamborghini wanted a logo to rival that of Enzo Ferrari’s ‘Prancing Horse’, as the two companies had an ongoing rivalry – which continues to this day.

Mr Lamborghini had visited a farm in Seville, where a certain Don Eduardo Miura bred brutal fighting bulls, and he was so impressed that he adopted the sniffing bull and named a car – believed to be the first supercar – in the honor of Mr. Miura. Today, the Lamborghini logo is famous, not only thanks to all the legendary vehicles the company has produced, but also because of the ongoing rivalry between the two major Italian automakers.

Ferrari’s “Prancing Horse” logo is one of the most famous automotive logos in the world. The origins date back to World War I, when a famous Italian fighter ace named Francesco Baracca painted a black prancing horse on the side of his plane’s fuselage. Unfortunately, Mr. Baracca’s plane was shot down in 1918.

In 1923 a car enthusiast met Baracca’s parents and Baracca’s mother told a young Enzo Ferrari to paint the prancing horse black on his cars, as she thought it would bring him good luck. Mr. Ferrari did just that and added a bit of yellow to the emblem to symbolize his hometown of Modena, creating one of the greatest logos in history.

The Maserati logo is probably the finest emblem in the automotive industry. He was directly influenced by Neptune’s trident, in particular the statue of Neptune in Bologna’s Piazza Maggiore. As noted, Maserati was founded in Bologna in 1914. The logo was created by Mario Maserati, one of the Maserati brothers, and first featured on the Maserati Tipo 26 in 1926.

The Trident was considered particularly appropriate for a sports car company due to the fact that Neptune represents strength and vigor. The blue color of the logo symbolizes strength, excellence and class, while the white represents the purity and charm of the brand. The red-accented Tridents signify the fiery power of a Maserati, usually reserved for higher-performance versions – such as the current “Trofeo” models.

If you’ve ever questioned the quality of BMW engines, here are 10 revered cars that use all of the Bavarian automaker’s power plants.

Michael De Kock is passionate about cars and everything from lawyers to particle accelerators. He studied psychology and knows a little about repairing cars (especially old Land Rovers). He also blogs and has a book, 125 Creative Writing Prompts for Petrolheads, available on Amazon. His philosophy in life: Stop Hate – Adopt a V8.