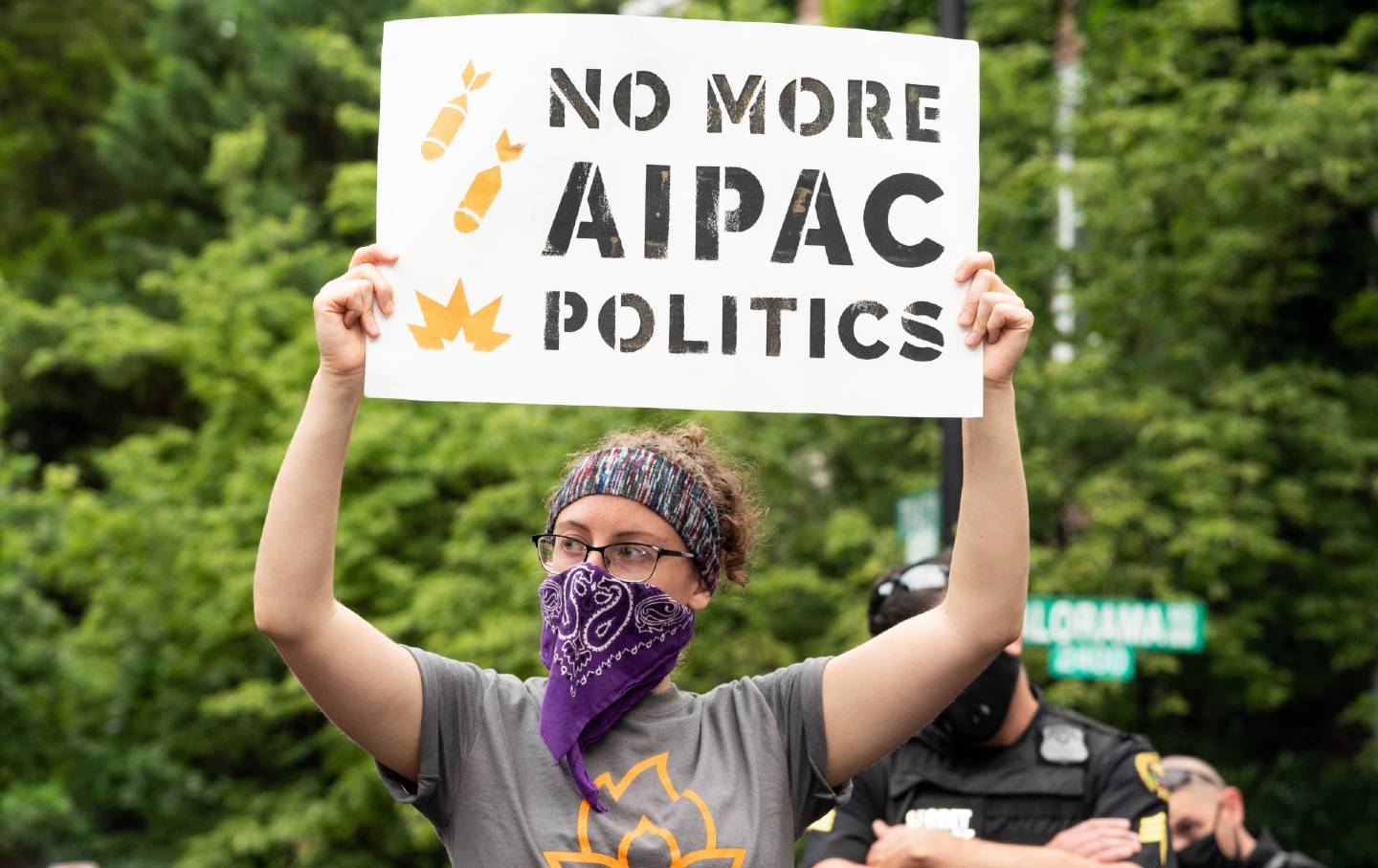 Demonstration outside the home of Ivanka Trump and Jared Kushner against the possible annexation of the West Bank by Israel. (Ichael Brochstein/Sipa USA via AP Images)

Thank you for registering for The nationweekly newsletter.

Thank you for signing up. For more than The nationsee our latest issue.

The nation is supported by readers: Donate $10 or more to help us keep writing about the issues that matter.

Did you know you can support The nation drinking wine?

I was a Sunrise movement organizer for two years, running youth phone banks for inspiring candidates who support bold climate action. This week, our movement celebrates Summer Lee’s win in Pennsylvania, laments some tough losses in North Carolina, and prepares for Jessica Cisneros’ runoff in Texas. Each of these races is a fight between the majority of us who believe in multiracial democracy and a livable future – and the undemocratic commercial forces who, lacking a motivated base and an inspiring message, spend millions of dollars to stop our rise.

But this cycle, there’s a new player in the game: the United Democracy Project – AIPAC’s new super PAC. Over the past few months, we’ve seen just how prepared they are to go down, and Tuesday’s results should be a wake-up call.

When we started telephone banking for Summer Lee in March, our conversations were overwhelmingly positive. People loved that Lee, the first black woman elected to state office from western Pennsylvania, was an unabashed champion of working people. A survey showed her leading her main opponent, Steve Irwin, a former Republican, by double digits.

But then things started to change. Every time voters turned on the television, they heard that Summer wasn’t a true Democrat — even though she’s currently a Democrat in the Pennsylvania General Assembly — and that she wanted to destroy the Democratic Party.

We have learned that AIPAC’s UDP is spending millions of dollars to flood the waves with anti-Lee ads intended to discourage and confuse voters. And that was only the beginning. AIPAC spent $5 million to defeat Nida Allam and Erica Smith in North Carolina and millions elsewhere. And AIPAC is not alone; its affiliate Astroturf, the Majority Democrats for Israel, and tech billionaire Reid Hoffman’s Mainstream Democrats PAC (which shares staff, offices and web hosting with DMFI) have also poured millions into attacking grassroots progressives. These groups spent a total of more than $18 million to date— an unprecedented amount for the primaries.

Why are these groups spending millions to defeat the Democrats in a year when the Democrats outspend the Republicans and risk losing the House? To stop the growing number of elected officials who are ready to speak out for Palestinian freedom. And the damage to our democracy that they are willing to accept along the way is shameful and telling.

The most egregious example of AIPAC’s contempt for American democracy is its decision to endorse more than 109 Republican Representatives who voted to reverse the 2020 election results. After AIPAC announced these insurgent endorsements, I emailed my grandfather’s rabbi, who sits on the AIPAC National Board, about this decision. shocking. His response to my concerns was that AIPAC is a “single issue organization” focused on maintaining bipartisan support for the US-Israel relationship. You would think that a single-issue organization would be proud to shape its campaign message around that issue. But not a single AIPAC or DMFI ad mentions Israel. They know voters aren’t actually voting on their issue, so they smear and attack candidates no matter how far they have to stretch the truth to do so.

Despite its ironic name of super PAC, AIPAC supports a fundamentally anti-democratic project: the denial of the rights of the Palestinian people by the Israeli government for decades. Support for Palestinian freedom is an increasingly popular, common-sense and principled position, like the Green New Deal and Medicare for All. So, like any other corporate PAC that must get lawmakers to support unpopular policies, AIPAC must engage in increasingly undemocratic tactics to succeed.

It’s not just about Israel – everything is at stake in these elections. The future of our democracy, abortion rights and our ability to avert climate catastrophe are all at stake this year. AIPAC and DMFI’s strategy is no different from fossil fuel companies pumping money into candidates who hinder meaningful climate action and healthcare CEOs who support candidates who oppose the decline. the cost of prescription drugs.

On Tuesday night, Lee passed and won his primary. But if Tuesday’s primaries had been held solely on the merits of the candidates, Lee would have won a landslide victory and Smith and Allam would have soundly beaten their moderate opponents in North Carolina.

I am now in Texas, where next week progressive immigration lawyer Jessica Cisneros will take on Henry Cuellar, the last anti-choice Democrat in the House. It is impossible to overstate how hostile Cuellar is to a livable future; he opposes abortion rights, supports endless fossil fuel extraction, and seems, at best, disinterested in the strength of our democracy. Backing Cuellar is an unsavory cast of characters who understand oil and gas executives, private prison corporations, and, you guessed it, AIPAC. The United Democracy project is currently run an ad claim that Cisneros would be dangerous because she would fund the Border Patrol. You’d be forgiven for thinking it was a Fox News segment.

Certainly, AIPAC and its funders will claim that they are doing this work to keep Jews safe. I find this idea insulting. The millions of dollars AIPAC is spending to defeat the progressives are hampering the change desperately needed for all of us. This, of course, includes American Jews; the fight against murderous anti-Semitic conspiracy theories is only made more difficult when pro-Israel pressure groups work to undermine democracy at home in order to secure unconditional support for the Israeli government.

The progressive movement cannot afford to be deceived or frightened by AIPAC’s slander. We need to show and support candidates who boldly stand up for our values, especially when those candidates are under attack. It won’t be an easy fight, but it’s a fight we have to win. And when we do, we will finally have the future we deserve, a future in which we can all thrive. That’s what these super PACs are spending millions to prevent.

Recommendations: Everything everywhere at once, Kids in the Hall, Pathway and The Scary of Sixty-one