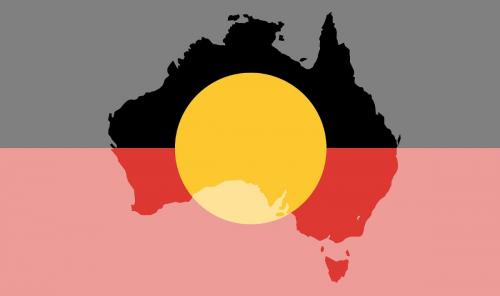 The Australian government has announced the purchase of the copyright in the Australian Aboriginal flag, ending years of controversy and uncertainty and ensuring the ability of First Nations peoples to freely use the flag to express their identity.

Australian Aboriginal artist and activist Harold Thomas, a Luritja man residing in the Northern Territory, created the flag design in 1971 for the Aboriginal land rights movement. The design quickly became a symbol for Australian Aborigines. Along with the Torres Strait Islander flag, another Indigenous Australian flag with which the Australian Aboriginal flag is often flown, the design was granted “Flag of Australia” status by proclamation of the Keating government in 1995 and thus officially recognized and protected as a national flag under the Flags Act 1953 (Cth).

Designs of national flags, emblems and coats of arms are generally protected by international treaties, in particular Article 6ter of the Paris Convention, which prevents the unauthorized registration and use of these designs as trademarks. However, these designs are generally not copyrighted, either because the original author of the design is unknown, or because the designer died over 70 years ago and the length of the copyright. author has therefore expired.

Thomas’ copyright in the Australian Aboriginal flag as original artistic work was upheld by the Federal Court of Australia in the 1997 decision of Thomas vs. Brown (1997) 37 IPR 207 and several subsequent decisions.

Thomas then licensed the design of the Australian Aboriginal Flag for official flag making and took action against unauthorized commercial use. Most famously, Thomas refused to allow Google to use the design embedded in its logo on the search engine’s homepage. However, Thomas has licensed free use to non-commercial operations that have provided health, educational, legal, and other assistance to Indigenous peoples.

In 2018, controversy erupted when a non-Indigenous company, WAM Clothing Pty Ltd, obtained an exclusive license to reproduce the design on clothing and other items and began issuing infringement notices to various organisations. , including Aboriginal not-for-profit organizations, sports clubs and community associations. Inquiries were also sent to sports governing bodies that had used the flag on player uniforms and sports fields for many years, often as part of rounds dedicated to recognizing the contribution of Indigenous players to sport or on the uniforms worn by Australian Indigenous representative teams.

After several years of negotiations, Thomas has now relinquished the copyright to the Australian Aboriginal flag design and terminated all commercial licenses except for retaining the exclusive license to manufacture flags. In return, the flag holder will not restrict individuals from making their own flags for personal use and any royalties the Commonwealth receives shall be forwarded to the National Aboriginal and Islander Day National Observance Committee.

The Commonwealth would have made a taxpayer-financier settlement payment of A$20.05 million. This includes cash payments to Thomas and existing licensees, as well as funding for a scholarship in Thomas’s name for Indigenous students in relation to Indigenous governance and leadership, and an online education portal at the history of the flag.

Under Australian law, moral rights are personal to individual authors and performers and cannot be assigned or sold. As such, Thomas retains moral rights to his artistic work, including the right to prevent individuals from wrongly attributing authorship or subjecting the Australian Aboriginal flag design to derogatory treatment.

Thomas expressed the hope that:

“this arrangement provides comfort for all Aboriginal and Australian peoples to use the flag, unchanged, proudly and without restriction. I am grateful that my art is appreciated by so many people and that it has come to represent something so powerful for so many people.“, said Thomas. “The flag represents the timeless history of our land and the time spent by our people. It is an introspection and an appreciation of who we are. It is inspired by the history of our ancestors, our land and our identity and will honor them long into the future.”

Subject to commercial license to produce flags and Thomas’ moral rights, commentators have observed that the settlement means the Australian Aboriginal flag has the same status as the Australian flag and other national symbols and can now be freely flown used in any form and on any medium without having to seek permission or pay a fee.

Arietta of Spirits review on Nintendo Switch, PS4, Xbox One