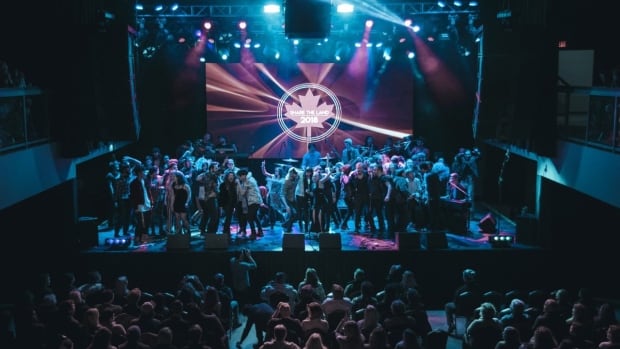 Students in the Music Industry Arts (MIA) program at Fanshawe College in London, Ontario. will host their annual Share the Land concert at London Music Hall on Tuesday evening.

All proceeds from the show will go to Atlohsa Family Healing Services’ Zhaawanong Women’s Shelter. The emergency shelter provides Indigenous-led crisis support to women and their children at risk of violence, abuse and homelessness.

The concert has 23 scheduled performances. It will be the first time students have performed live after having to perform virtually for two years due to the pandemic, and students say they are thrilled.

“The music was dying to be played live,” said Eric Wright, general manager of the concert. “It was a huge mistake not to be able to play in person, and so this comeback is scary, but that’s what makes it so exciting.”

Dan Brodbeck, MIA’s Program Coordinator, said the community really needed a morale boost with all the heartbreaking events going on around the world, so they’re thrilled to put on this show.

“Immediate feedback from an audience is something an artist can truly feed off of, the energy of performing live is something that cannot be replicated,” he said.

The annual concert began 11 years ago to honor the legacy of the late music producer and former Fanshawe teacher, Jack Richardson.

Brodbeck said the name of the concert fits very well with the message they were trying to convey, which is to shine a light on the Indigenous community and to work as allies with them.

“Historically ‘sharing the land’ hasn’t happened, and we wanted to help the community in any way we can. It’s a dedication to something that’s meant to be done,” he said. .

Andrea Gonsalves from Atlohsa said it was a pleasure to work with the students who were very intentional in their support of London’s Aboriginal community.

“The students are incredibly engaged and passionate about producing this concert in a culturally responsible way,” she said. “From the design of the logo to the inclusion of Indigenous dancers, this event illustrates their commitment to building bridges of reconciliation.

Wright said the cause was close to his heart because growing up his family also needed to use emergency shelters, and now it’s his turn to give back.

A concert for the public

The concert will feature contemporary music from all genres, which Wright says represents the variety of different students in the program.

“Parents have told me they don’t even know what their kids are capable of. Watching these performances left us in awe, which I’m sure will be the audience’s reaction as well,” Brodbeck added. .