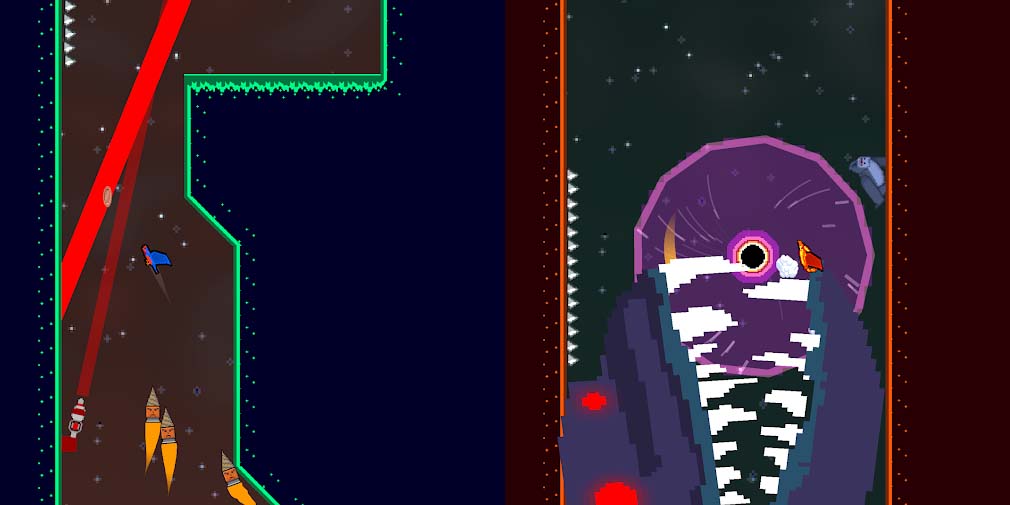 In Galaxy Bird Flight, you soar through an endless arcade through the vastness of space, defeating secret bosses and challenging your own speed. Gameplay is fast-paced as you slide in the direction you want your galaxy bird to go, dodging obstacles and collecting coins along the way. Coins collected can be exchanged for in-game goodies that offer buffs like more health or more speed. You can also purchase items that grant less severity.

You will have to travel to different planets and galaxies with increasingly difficult levels, and it is up to you whether you want to play it safe and dodge all the obstacles or go fast and hard to collect coins that will grant you deals in every store. There’s a nifty checkpoint saving system that lets you save your progress in upgrade stores, so you have time to catch your breath after an exhilarating game.

“I started this project at the end of 2019 when I was still in the 4th year of high school“, says developer Vitomir Hardi in his official press release.”I made this game mostly out of frustration with endless games and high scores. In most games you don’t see anything new when you get a high score, so I made a game that rewards you with new content when you hit your personal best score.. “

Galaxy Bird Flight is available for download from Google Play as a free game with in-app purchases. The game features procedurally generated enemies at increasingly faster levels in 30 space locations, as well as different birds that you can choose from depending on your playstyle.

Want something similar? Check out our top 15 of the best arcade games for Android phones and tablets!

Explanation: What is Trump’s new venture and what are his chances of success?