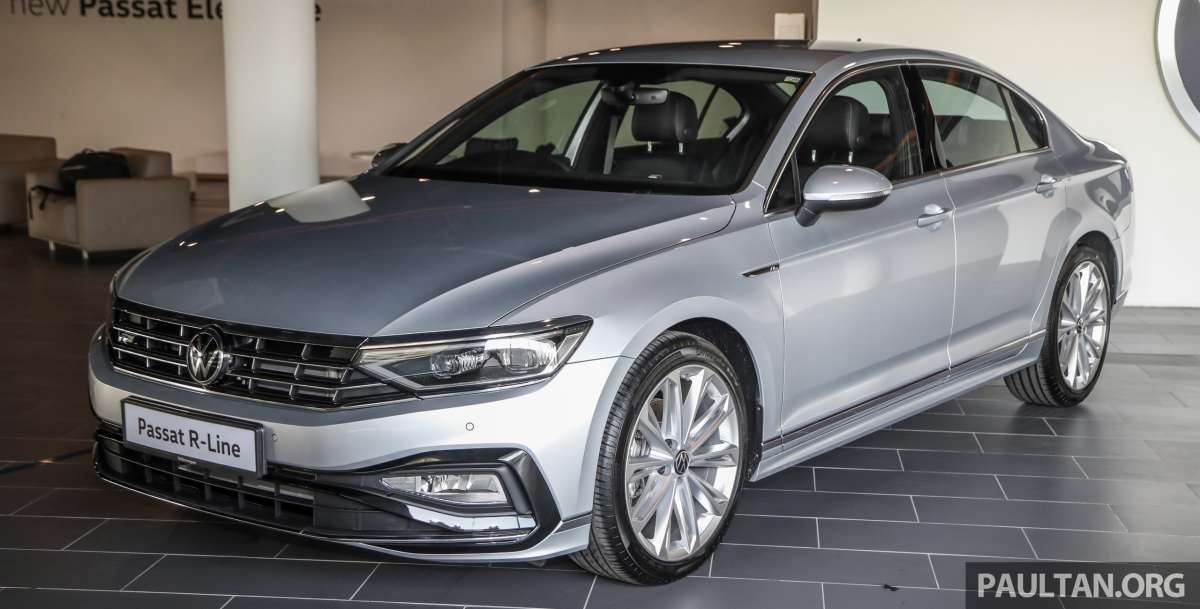 The Volkswagen Passat R-Line was recently updated for the 2022 model year and we bring you a gallery of the premium variant that sits above the sleek. Still locally assembled in Malaysia, the R-Line now sells for RM212,939 (on the road without insurance, including sales tax exemption), which is RM8,506 more than the list price at launch. in October. 2020.

Along with a more powerful engine, the R-Line also gets a six-speed DSG wet dual-clutch transmission instead of a seven-speed unit. This setup and accompanying numbers are curiously similar to what you got with the pre-facelift Passat Highline. Adaptive Dynamic Chassis Control (DCC) dampers (not found on the pre-facelift model) and an XDS electronic differential lock are still standard equipment.

Exterior changes are subtle and include the use of the latest Volkswagen logo, making the Passat the second model to do so after the Arteon. The color palette has also been reduced from six to five colours, with returning options being two pearl effect shades – Deep Black and Oryx White – while metallic colors are Aquamarine Blue, Manganese Gray and a new Scale Silver (replaces Reflex Silver). Tamarind Brown has been discontinued.

Inside, the R-Line gets the Arteon R-Line’s touch-sensitive control panels (with haptic feedback) for its three-zone Climatronic climate control system, while the eight-speaker setup has been upgraded. level to a Harman Kardon system. This consists of 12 speakers, 700 watts of amplification and four sound modes, namely Pure, Chill Out, Live and Energy.

The rest of the kit list remains the same as before, with standard items being the R-Line styling pack, 19-inch Verona alloy wheels, LED headlights and taillights with sequential indicators, a steering wheel with flat bottom, aluminum pedals, black headliner and black Nappa leather upholstery with a carbon fiber-like pattern.