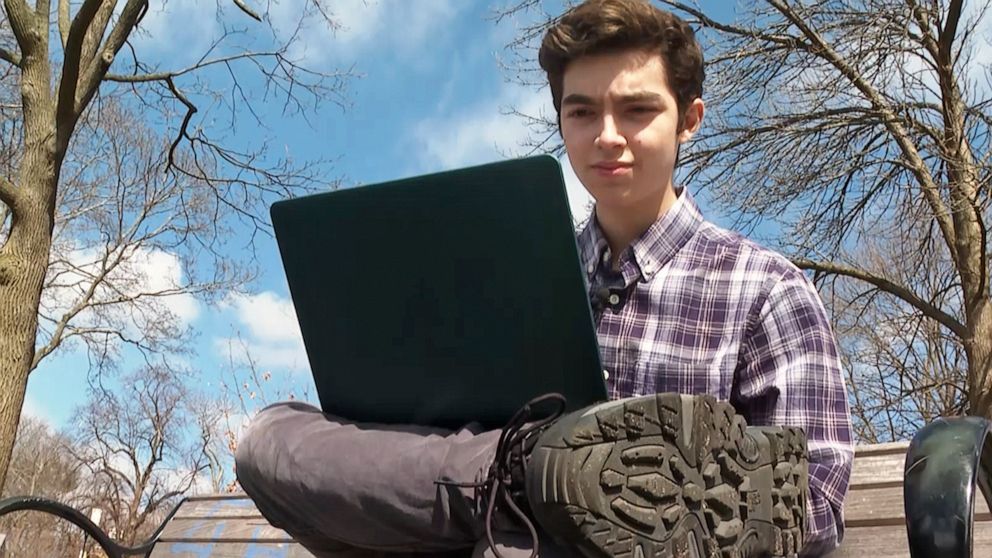 CAMBRIDGE, Mass. — Two freshmen from Harvard University have launched a website designed to connect people fleeing Ukraine with those in safer countries willing to take them in — and it’s generating offers of help and accommodation around the world.

Since then, more than 18,000 potential hosts have registered with the site to offer assistance to refugees seeking matches with hosts in their preferred or convenient locations. Recently, Burstein and Schiffman registered 800,000 users.

“We’ve heard all kinds of amazing stories from connected hosts and refugees all over the world,” Burstein said in an interview on Harvard’s campus. “We have hosts in almost every country you can imagine, from Hungary to Romania and from Poland to Canada to Australia. And we were really blown away by the response.

Five weeks into the invasion that left thousands dead on both sides, the number of Ukrainians fleeing the country has surpassed a staggering 4 million, half of them children, according to the United Nations.

Schiffman, who took a semester off to work on several projects, said from Miami he was inspired to use his internet activism to help after attending a pro-Ukraine rally in San Diego.

“I felt like I could really do something on a more global scale here,” he said. “Ukraine Take Shelter puts the power back in the hands of the refugees…they are able to take the initiative and find the listings and connect with the hosts on their own instead of having to freeze on a sidewalk in Eastern Europe in the winter.”

Among those who have taken in refugees through the website is Rickard Mijarov, a resident of the town of Linkoping in southwestern Sweden, who shares his home with 45-year-old Ukrainian evacuee Oksana Frantseva, his daughter from 18 years old and their cat.

Mijarov and his wife registered with an embassy saying they would help, but then stumbled upon the Harvard student site and registered there as well.

“The next morning I received a message from Oksana asking if we had a place for them,” he said in an interview via Zoom. “It became reality quite quickly.”

“I was surprised how quickly Rickard responded to me,” Frantseva said in halting English. Five days later, she, her daughter and their pet were at the front door.

Burstein and Schiffman designed the platform with the particular concerns of refugee combatants in mind. They’ve worked to make it as easy to use as possible so someone in immediate danger can walk into their location and see the offers of help closest to them.

On the accommodation side, they also gave potential hosts the option to indicate the languages ​​they speak; how many refugees can they accommodate; and any restrictions on accommodating young children or pets.

To help avoid human trafficking and other dangers vulnerable refugees face, the platform encourages evacuees to ask hosts to provide their full names and social media profiles, and to request a video call to show the accommodations they offer.

“We know this is a potentially dangerous situation, so we have many measures in place to ensure the protection of our refugees,” Burstein said. “We have a detailed guide that we give to all refugees to help them verify the host they are talking to – make sure the person they can talk to on the phone is the same person they are meeting with in person.”

The two students say they are trying to arrange a meeting with officials from the UN refugee agency and are also looking to work with Airbnb, Vrbo and other online vacation rental companies.

So far they have borne all the expenses – a hardship for students – for web hosting and Google Translate costs. But they are determined to keep going for as long as possible and are considering registering as a 501(c)(3) nonprofit so they can apply for grants.

Back in Sweden, Mijarov admits it was a little nerve-wracking to open his house, but he has no regrets.

“It’s the first time we’ve done something like this,” he said, sitting next to Frantseva. “But they are very nice people. So, yes, it’s going well.

From the classroom to the track

A hyperrealist photographer turns the mundane into abstract art