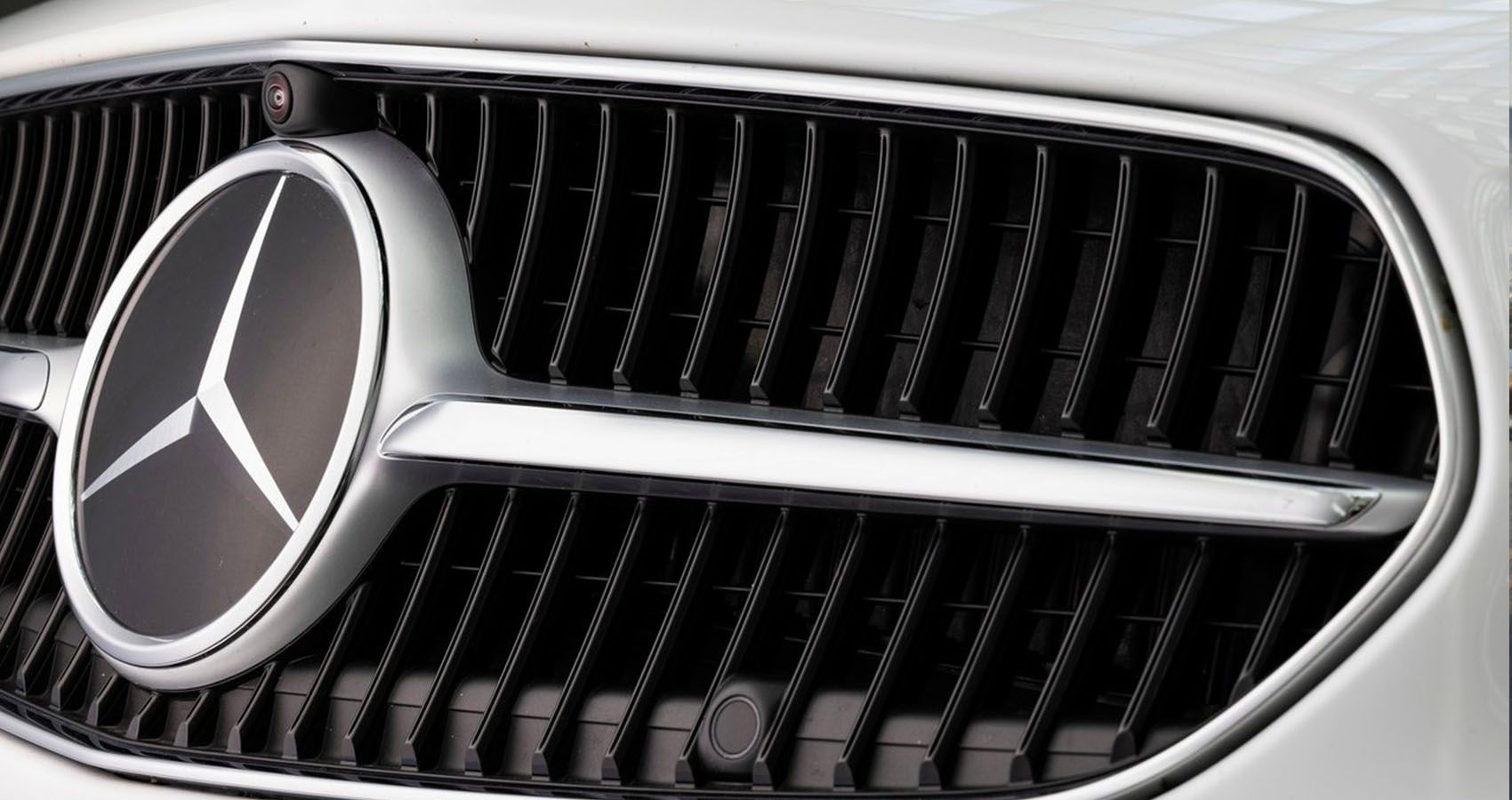 There is nothing simple about the technology that enters Mercedes-Benz cars, long considered some of the best engineered vehicles on the road. Ironically, the emblem representing the corporate face of the automaker does not represent this complexity, nor as brazen as Ferrari’s prancing horse or as ferocious as Lamborghini’s raging bull. Instead, the Mercedes logo is deceptively simple, looking like anything from a textless pie chart to an incomplete peace sign. The symbol is actually meant to be a three-pointed star in a ring and seems to correspond to a notion of perfection that the company has always strived for. Each point is exactly 120 degrees from the next, for openers. But even a logo that reflects such a lofty goal has had to undergo some improvements over time.

The first Daimler logo came from a postcard

The way the three-pointed star has emerged and risen to prominence over the years has its roots in two rival Germany-based operations battling for supremacy in a very fledgling industry. In 1883, German inventor and entrepreneur Karl Benz started his own company, which created what is now recognized as the first gasoline-powered vehicle two years later. Shortly after the Benz contraption appeared, two engineers named Gottlieb Daimler and Wilhelm Maybach ꟷ the nucleus of what would eventually grow into Daimler-Motoren-Gesellschaft (DMG) ꟷ created a “riding car” , a precursor to today’s motorcycle.

The two companies battled each other fiercely, innovation after innovation, with Benz and DNG creating other vehicles like trucks within a year of each other. In 1901, Daimler finally launched the first Mercedes in the form of a two-seater with a 35 hp engine. After a year of production, DMG decided to mark its creation by stamping its first-ever logo on the car, which featured the Mercedes text contoured to fit inside a horizontal oval.

RELATED: 10 Best Car Logos Ever (And Their Meanings)

Unfortunately, Gottlieb Daimler died before the first Mercedes left the factory. As a tribute, the folks at DMG recalled that the trailblazer frequently scribbled a curious star on postcards he had sent to his wife years earlier. According to company folklore, Daimler believed that the star, which featured three dots, was a good luck charm for the company. Later interpretations revealed that each dot represented elementary parts of the world where the company could dominate: on land, on water, and in the air. In 1909 DMG incorporated the star as part of a rebranding strategy for Mercedes models. That same year, Benz had released an ornate emblem, complete with a crown that would eventually find its way into the Mercedes logo design many years later.

In 1916, DMG opted for a bolder look for its three-pointed star to reflect the Mercedes’ opulent status. The designers added four small three-pointed stars in the circular margins surrounding the main star image. They also added an adventurous color scheme of black, red and gold with the Mercedes model name wrapped around the bottom of the logo. This image would define the look of DMG for another decade, until a major upheaval created massive waves in the German automotive industry.

RELATED: 10 Most Iconic Automotive Logos And The Fascinating Stories Behind Them

The 1920s saw a battered and impoverished Germany in reparations following the loss of World War I, with the country’s economy plagued by inflation and low trade activity. In response, Benz and DMG collaborated on tandem projects to keep their respective company’s overheads low. One such venture included the creation of the Mercedes-Benz Automobil GmbH marketing initiative in 1924. Two years later, the competitors merged as Daimler-Benz AG, which created the first Mercedes-Benz automobile . The three-pointed star survived the rebranding, but with its ornate Mercedes-Benz border, filled in with the crowns that were originally part of the Benz emblem.

The merger improved the new company’s financial situation, but not for long, when the stock market crash of 1929 ushered in the Great Depression. Adverse economic conditions have forced businesses to adapt in order to adapt. A symbol of the company’s reduction in excess fat, the Mercedes-Benz logo, which in 1933 required designers to remove text, colors, crowns and other window dressing to the point where the star three-pointed was nothing more than a silhouette in a circle. It’s an image that hasn’t changed drastically since.

Since 1933 the Mercedes-Benz logo has seen only adjustments in its appearance, starting in 1989 with a multi-dimensional upgrade with different shades of metallic gray to augment a chrome look. Twenty years later, additional logo processing focused on thinning the ring to make the star more visible. By 2011, the ring had returned to its previous size, with more retouching added to the logo for a livelier chrome appearance.

Over the years, the simplicity of the Mercedes-Benz logo makes it easier to remember and reproduce for a variety of mediums, from print to fashion, which has essentially transformed the emblem into a portable billboard. and a practical marketing tool. This simplicity transcends elegance, while additional gray accents conjure up images of silver that not only cement Mercedes-Benz as a luxury brand, but make Mercedes-Benz one of the most famous cars in the world. planet.

Meta’s photorealistic avatars can be generated with just an iPhone