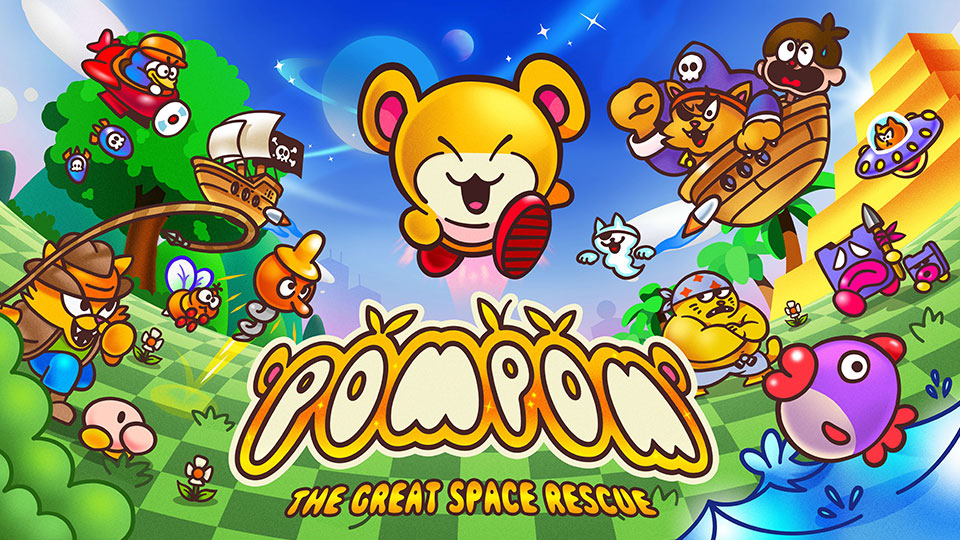 Pompom the Hamster gets a release date on PC, Switch soon

Pompom, the bravest hamster in the galaxy, is ready for his first big adventure! The SNES-style retro pixel art platformer, designed by Tomo Camp and published by PID Games, will be available on March 14, 2022.

Pompom – The Great Space Rescue is a colorful and surprising new platform game developed by Tomo Camp and published by PID Games. The game will be available on PC/Mac/Linux on March 14, 2022. And, cosmic news! Pompom is planning a new journey to join players on Nintendo Switch soon.

Poppy was sweating on his hamster wheel one day, when Hoshi the boy burst into the room, showing a hand of beautiful jewels that fell from the sky with a loud ‘BOOM’. When suddenly Captain Cat and his gang appeared and kidnapped the little boy through a portal to space. Pompom must now go on an adventure to save his son Hoshi from the eight Space Cat Pirates!
­
In an all-new type of action-puzzle platformer, you don’t control Pompom the hamster, but instead use your quick thinking to aid him by placing and controlling platforms, obstacles and objects around him . Analyze and use everything that comes your way: build bridges, place springs, prune vines… Be smart, be fast, be efficient. Travel through space to beaches full of flying fish, to ancient temples lost in the jungle, as you help Pompom outwit his enemies and save his son Hoshi from Captain Cat and his crew.

7 tips for starting a fashion blog

Marvel has replaced the controversial The Punisher logo