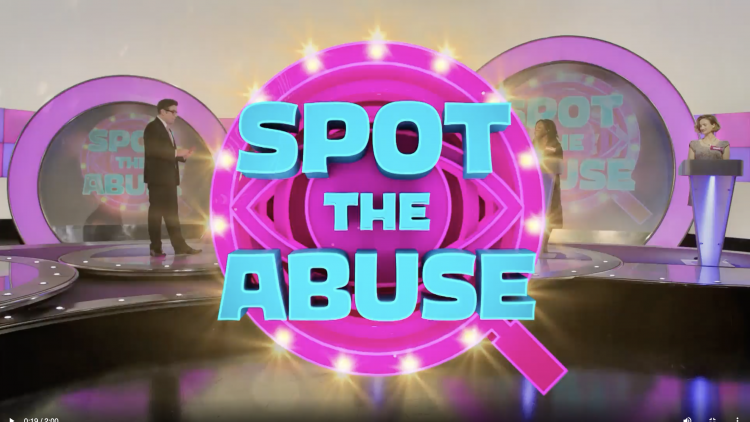 Women’s Aid has launched a thought-provoking new ad highlighting how difficult the signs of coercive control can be to spot.

The ad – which was produced pro bono by London-based creative agency Engine – portrays a flashy and cheesy stereotypical game show, Spot the abuse, in which an always-smiling host asks three contestants questions about relationship behavior.

The campaign aims to educate viewers about the seriousness of coercive control in relationships, juxtaposing it with the visual flamboyance of a TV quiz, even if the questions are light or entertaining to say the least.

All three candidates did not answer their questions correctly – “Your partner will not let you have a bank account because he says you are not good with money.” Do you think it’s okay? being such an example.

The ad shows that previously enthusiastic women become thoughtful and unstable after the host tells them their answer was incorrect, as their partner’s behavior was not normal, but a form of abuse.

“This ad shows that if you’re in an abusive relationship your partner won’t tell you it’s abusive – and coercive control is still not widely understood, although it has been illegal since 2015 in England and the country. of Wales, â€the chief said. Women’s Aid executive, Farah Nazeer.

â€œWe hope this ad will raise awareness and start important conversations about controlling behavior in relationships.

â€œGreater awareness and understanding of the behaviors that constitute coercive control means that more people will be able to identify, prevent and prosecute it. “

Engine Creative Creative Director Christopher Ringsell added: â€œEducating people about coercive control through the lens of a game show is an unusual and powerful juxtaposition. “

The ad will run on social media and highlight abuse in relationships as not always being physical in nature, but as a form of progressive and structured behavior, which includes coercive control.

The campaign was launched yesterday, November 25, to coincide with the United Nations International Day for the Elimination of Violence Against Women.